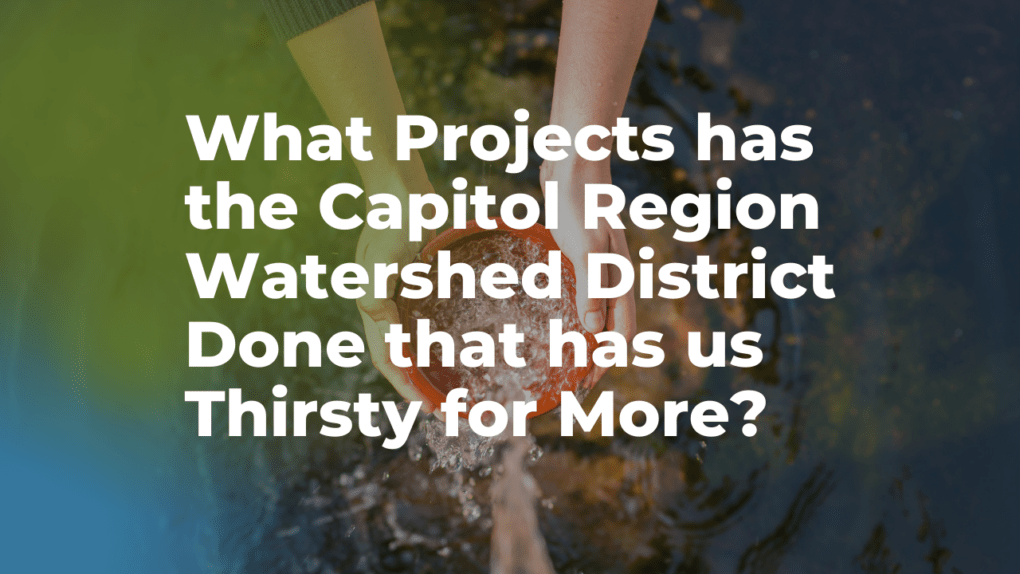 The Capitol Region Watershed District protects, and improves our water resources. The cities the CRWD encompasses are Falcon Heights, Lauderdale, Maplewood, Roseville and St. Paul. What are 3 projects the CRWD has done to improve our water resources? During a Cities Speak episode, Dana Healy spoke with the CRWD Administrator, Mark Doneuex about key projects the Capitol Region Watershed District has done.

Firstly, Parkview Center School is located in Roseville, Minnesota. Across the street from the school is a sledding hill. Under that grassy hill are 10 foot diameter pipes and cisterns. During heavy rain events, these pipes fill up with water and are slowly released into the ground. Therefore, the grassy hill is watered with captured rainwater as well as filtered. The system is estimated to clean and filter over 12 million gallons of water each year.

The next project is also located on Dale street in Roseville, Minnesota. There is a big concrete tank under the ground that also captures rainwater. The rainwater that is captured here is used to irrigate the ball field. Its a great use of resources utilizing captured rainwater to irrigate rather than purified drinking water.

In 2018 the CRWD moved to a new space on the St. Paul midway. The office is also an education center. It also has a 3,000 gallon tank that collects rainwater off the roof. This water is then used to flush toilets, and wash sample bottles. The space also has a pocket park filled with drought resistant plants for neighbors to use and enjoy. Visitors can also enjoy a tiny library filled with water resource books.

The Capitol Region Watershed District is working to educate and protect our water resources. To learn more about CRWD, visit their website at https://www.capitolregionwd.org/