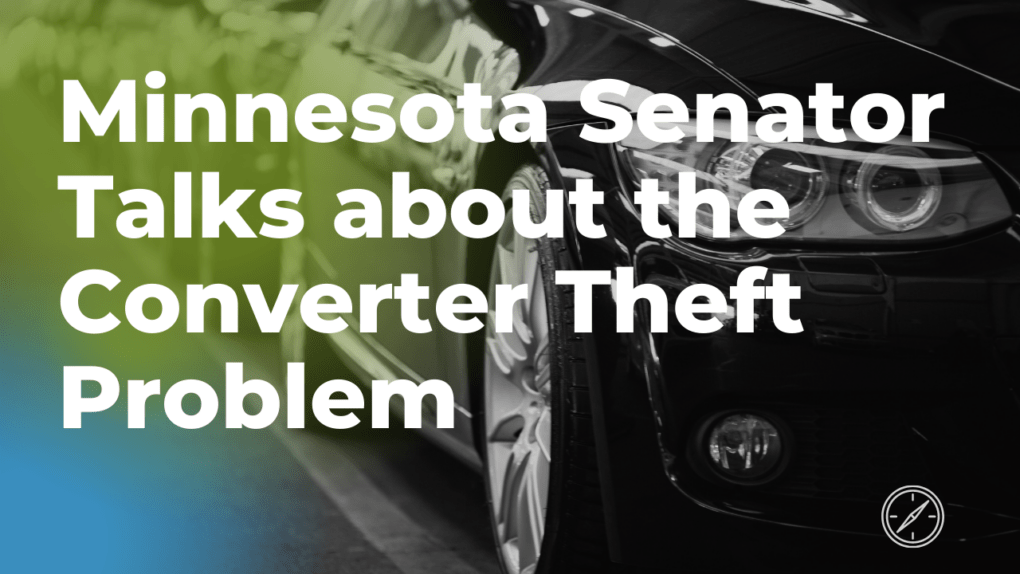 Senator John Marty is currently serving his 11th term in the State Senate. Minnesota voters elected Marty in 1986 to represent District 66. Senator Marty joined our podcast to talk about the rise in catalytic converter theft in Minnesota.

“It’s hard because there’s no way to identify this scrap catalytic converter that I stole from your car came from you or from your car,” said Marty.

Just this year, there have been more than 600 reported cases in Saint Paul involving catalytic converter theft. This does not include the several cases that go unreported.

Category converters have been around for more than 40 years. Manufactures created these converters after the federal government passed the clean air act. It is illegal to drive a car that does not have a converter.

The converters sit on the bottom of cars and use metals that create a catalyst to help break down unburned exhaust which makes the exhaust released by cars less toxic. Catalytic converters are pieces of metal that look dull but contain precious metals, like rhodium which is 12 times more valuable than gold.

That is where the problem of catalytic converter theft starts. Metals like rhodium can sell for almost $26,000 per ounce. Although there is not an entire ounce of rhodium in a single converter, the small amounts that are can still be sold for almost $500.

“It’s been tripling each of the last several years,” Marty said.

These converters are easy to take, they come off easily with a saw and are underneath cars. Because of this, they can be stolen at any time of day without someone noticing.

Putting a stop to the problem

Over the last few years Marty has been working with Legislation on a bill to stop the stealing of catalytic converters.

The senator started looking at what other states were doing in regards to stolen catalytic converters. This sparked his plan for a bill to make it illegal to possess a used converter, unless you can prove it belongs to you or someone you know.

Unfortunately there would still be millions of old cars on the road that would not have any identification on them.

Marty’s bill holds a solution that would help. If it was illegal to possess a used converter that does not have a VIN number on it, it would be less likely for someone will steal a catalytic converter and get away with it.

“The obvious problem there is, most of them don’t have the number on it, but the solution here is by wording the way we’ve got the bill worded,” Marty said.

This way, if you or a mechanic takes your converter off for any reason, they can write the VIN number on the converter to ensure its identity.

This makes it easy for police to identify the owner of the converter by looking at the VIN number and identifying the vehicle and the owner.

This bill is sitting on the sidelines right now as Marty finds a way to get it moving in a committee.

“If there’s no way to pass it here this year, I’m going to share this with as many legislators in as many States as I can,” Marty said.