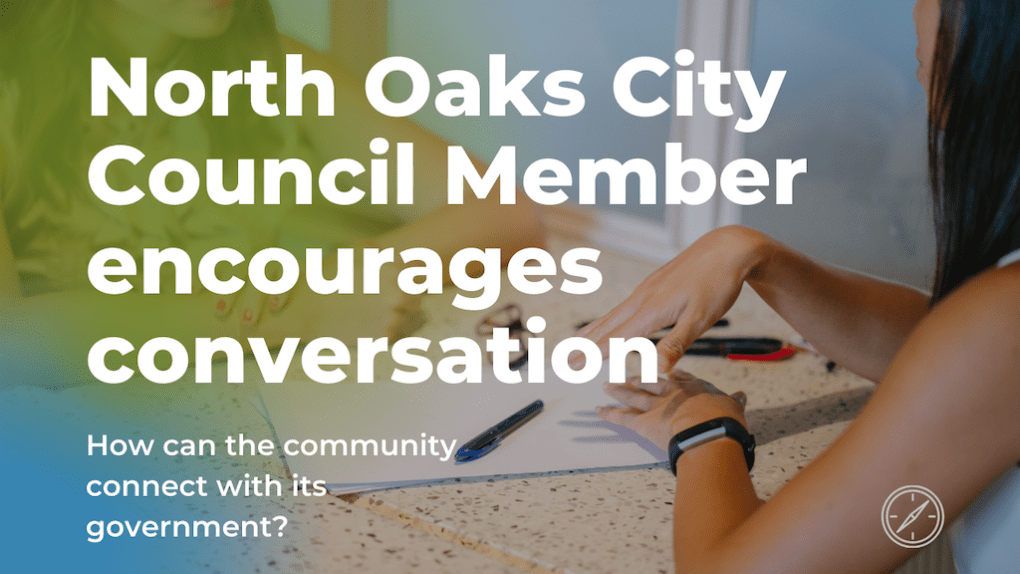 In 2017, Rich Dujmovic moved to North Oaks and instantly fell in love with the community. It’s no wonder he joined the city council years later.

“When we had a chance to move here, the environment, the rolling roads that make you feel like you’re in the North Woods, and then just meeting the neighbors really got us very excited about this community,” said Dujmovic. He came on our podcast to talk about his journey to joining the council.

Before he joined the council, he graduated from the United States Airforce Academy and the University of Colorado. He is also the Vice President of Regulatory Affairs for Rhythm Management at Boston Scientific and involved in a number of organizations and nonprofits.

He attended his first city council meeting when a neighbor mentioned that the council would be discussing how they were going to develop the last phases of the community. Before the meeting, Dujmovic researched the plan and found that the city was going to build 120 condominiums units. However, these condominium units were only going to count as 23 units for the community.

After Dujmovic learned this, he started to educate community members about this issue. Soon, the entire community knew of this.

North Oaks is a little different than a lot of other communities. It’s a private city with a very particular setup.

Before moving there, Dujmovic educated himself on the structure of the city. He read various documents about the city’s founding and how it’s evolved since then.

“It was just fascinating to read that history. I got to understand the complexities of city government within North Oaks,” said Dujmovic.

In high school, Dujmovic was part of an organization called Service over Self where students drew attention to needs other than their own. They helped out with other nonprofits like the Special Olympics. It eventually became the largest organization in the school.

This led to Dujmovic’s aspiration to join the military.

“I really saw the opportunity to do something beyond myself and to give back,” he said.

Now serving on the city council, Dujmovic wants to give back to the residents of North Oaks. He wants to create a warm and welcoming environment where the citizens feel comfortable participating in the government.

“I just love hearing from the variety of people that live in this community,” he said.

Dujmovic said that cities run most effectively when the government is able to listen to community members’ thoughts and concerns.

He also wants to improve the relationship between the city and the homeowner’s association and environmental issues.

Instead of creating a standard campaign website, Dujmovic created a blog, much like this one, where he shared his thoughts, views and stories. He wanted to connect with more people than just the people he was seeing in person.

“It was non-traditional, never done it any other way. It was kind of a way to get to know people,” he said.

Dujmovic encourages the residents of North Oaks to share their stories and thoughts with the council.

“We’re here to represent you, and we can’t do that very well unless you let us know how you’re feeling,” he said.