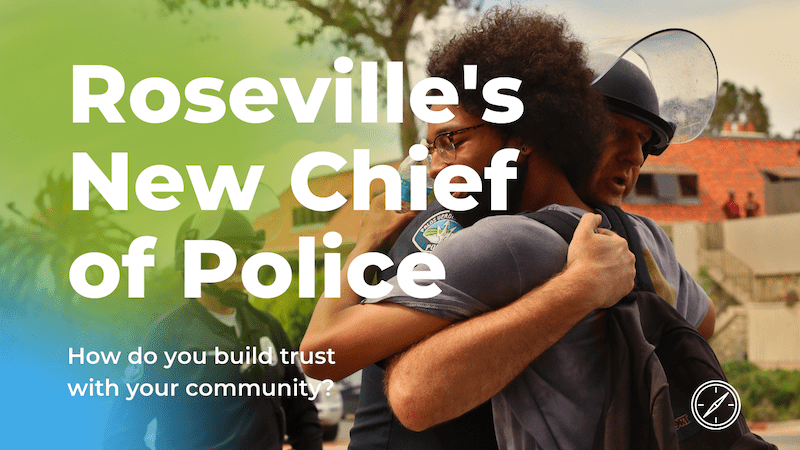 Last late year, the Roseville Police Department appointed Erika Scheider as Chief of Police. Before she was Police Chief, she earned a master’s from the University of St. Thomas in police leadership, a graduate certificate from the University of Virginia and her B.A. from Augsburg College. She came on our podcast to talk about her experience and her vision for the future of the department.

While in school, Scheider was not sure what she wanted to do after college. She thought about going into social work or corrections. She ultimately decided to go into the police force after going on a ride along as a part of her internship.

“I realized that police work was exactly what I had been looking for… Being able to be out in the community and really being able to have an impact on people,” said Scheider.

She joined Roseville’s force in 1997 in Patrol responding to 911 calls. She was then promoted to Detective and years later became the head of the Investigations Unit. Over the past ten years, she served in a number of leadership positions such as Lieutenant of Patrol, Lieutenant of Operations and then up to Deputy Chief before becoming Police Chief.

Stepping into her mentor’s shoes

Scheider is the first new Chief of Police in nearly a decade. Before Scheider, Rick Mathwig was the Chief.

Scheider and Mathwig both shared the same philosophy that the police should be out in the community and building relationships. Scheider said she is grateful to have worked under Mathwig to prepare for her position now.

The value of training

Because Scheider has worked in various different parts of the force, she is able to understand how the entire department works together. The Roseville Police Department places a large emphasis on training which Scheider says has also helped her prepare for this role.

“I really think it was important that our department continues to value that training. Not only for our officers, but training the future leaders of the department,” said Scheider.

According to Scheider, the Roseville Police Department has always been progressive. They are always looking for ways to evolve to serve the community better. Scheider said one of the biggest ways to improve the force is to build trust with the community.

Scheider does not believe the government should defund the police. However, she does support funding other initiatives for communities such as mental health resources.

Scheider talked about how police are usually the last call when mental health problems become crises. She hopes that these issues can be addressed at the source rather than their limit.

“We know that there definitely are needs out there, and our hope is that those can be funded so that we aren’t the call,” said Scheider.

The department has actually partnered with Northeast Youth and Family Services to help with these mental-health related issues. The department has applied for a grant that would fund a full-time mental health case worker. This person would help respond to calls onsite or work with individuals who the department has come in contact with.

The department also created a community action team who will be able to go out in the community and help connect community members with resources.

For example, one of the members of the team helped a woman who was experiencing homelessness. He was able to give this woman food and ride to a shelter where he helped set her up with a place to stay.

“With this community action team, we’ll be able to have officers dedicate more time to trying to address the problem whether it’s crime trends or mental health, addiction or problem properties,” said Scheider.

One thought on “Roseville’s New Chief of Police”